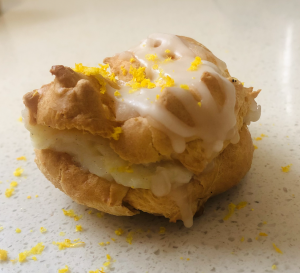 This recipe came about off the back of an Indian spiced rice pudding recipe I recently had. Obviously rice pudding and profiteroles are very very different bakes – almost polar opposites, however it was the flavour combo I was influenced by in which I incorporated into my usual profiteroles. Cardamom, orange, almond, saffron and honey are the feature flavours in this bake, in which work complimentary.

I also wanted to make my filling low in fat and super quick therefore instead of the traditional whipped cream, ice-cream or pastry cream filling I have created a skim milk honey-based custard.

Traditionally the pastries are dipped into melted chocolate, however in this instance I have make an icing for a bit of a twist and extra orange hit. 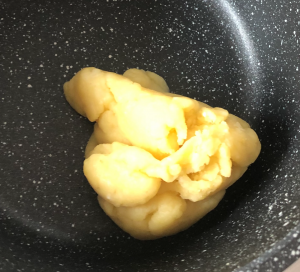 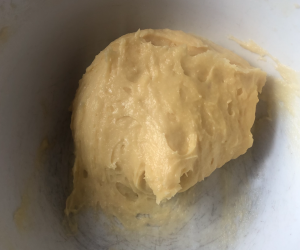 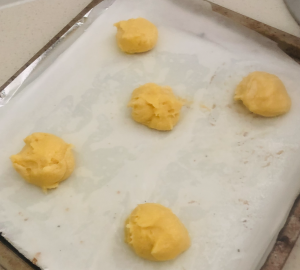 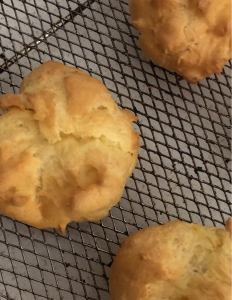 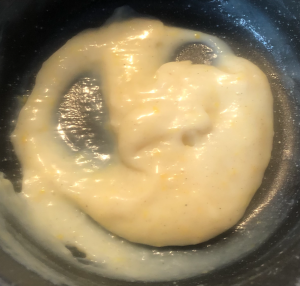 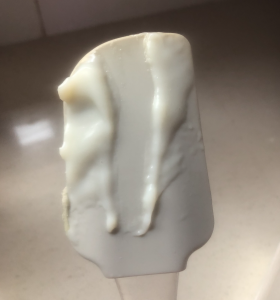 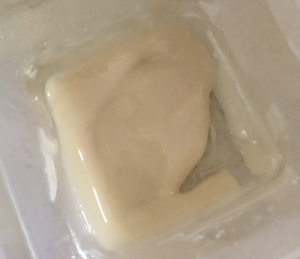 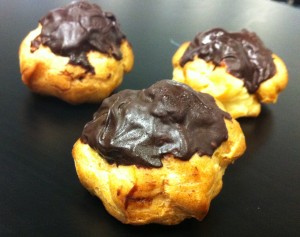 I promise you Choux pastry is not hard at all! My custard filling recipe is much lower in fat and can be done in the microwave in seconds!

This is definitely an impressive traditional French sweet treat that I have made a little healthier. Traditionally these are filled with whipped cream, ice-cream or pastry cream.

These are the little gems that create the famous (thanks Masterchef) Croquembouche.