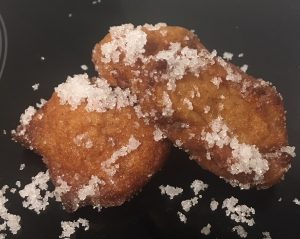 A few Christmas’ ago my mother gave me a copy of the Australian Green & Gold cookbook in which was re-released to celebrate 75th years since originally being published (publisher being New Holland). Why this is so interesting is that this particular cookbook features 100’s and 100’s of traditional Australian recipes from ‘experienced housewife’s and cookery experts’.

It’s a recipe book that was a staple book for my late grandmother (and most likely yours too).

I cannot remember what made me decided only now to actually read through the book finally but I’m glade I did (I think I had it in my head it was just savoury, in which is completely incorrect).

After finally, from so many recipes to choose from I decided on my top 15 most interesting based on the ingredients utilized to try out first hand.

It did take me a few weeks to work my way through the list with lots of surprises along the way. Some recipes were let’s just say…well….a massive 100% fail on taste and texture (the vermicelli noodle custard bake….yes it was not great at all).

Unexpectedly the best dessert (I was only replicating desserts) by a long shot was the Bread Fritters. A simple simple recipe that was melt in your mouth addictive, seriously!

I’ve made a fair amount of fritters/dumplings/doughnuts etc, basically every countries traditional main fried sweet treat and this one is right up the top.

Traditionally the flavour in the book was nutmeg…which I changed, but apart from tweaking this to cinnamon I followed word for word (and added in lots of extra steps too as the recipe is only 3 sentences long).

The end result – think Cinnamon doughnut with the ultimate fluffiness you can imagine. 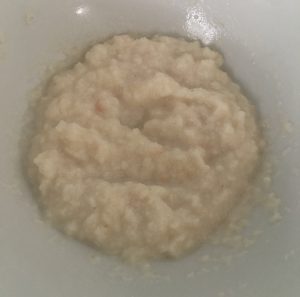 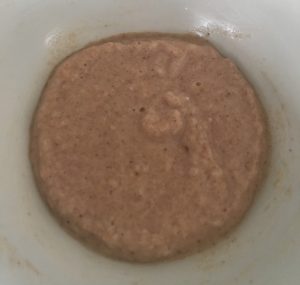 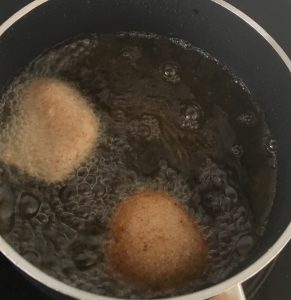 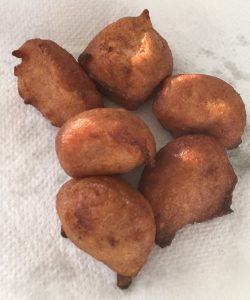 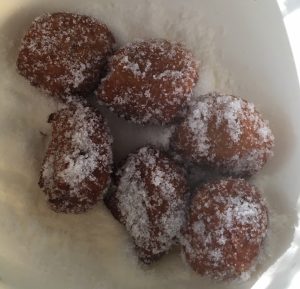