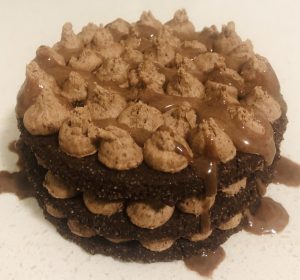 This recipe came off the back of a range of shortbread biscuit making experiments of different flavours. Though chocolate and coconut are not unusual favour pairings, in general, as a shortbread they were an interesting bake, though not interesting enough to post online.

I wanted to turn the biscuit base recipe into layers, and to this also add in a few other complimentary flavours into the mix.

Upon exploring the pantry, a few ingredients peaked by interest, in which I wanted to make some sort of second layer to the shortbread base…maybe a slice…maybe icing…I trialled a few combos and landed on the random milo, vanilla and custard powder with choc ganache (I had in a jar left over from a previous bake).

Once I combined the ingredients and made a frosting, I decided to jazz it up a bit by piping it. As the shortbread looked a bit bland I built layers of it with the icing until the size was cake like and a layered shortbread cake was formed.

I originally didn’t make this for this site, thinking it would not be good enough but I changed my mind as soon as I cut a slice! Then another…then another…always a giving sign of a great bake! 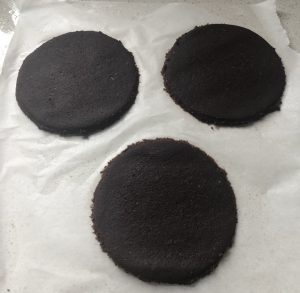 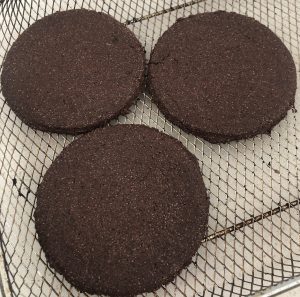 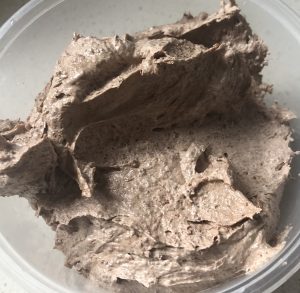 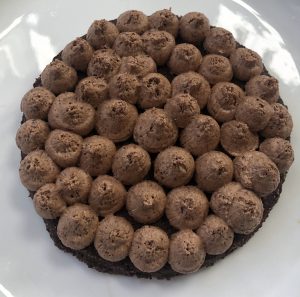 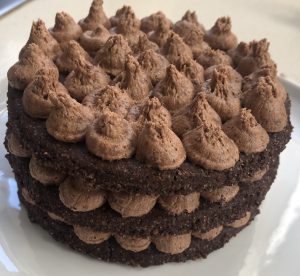