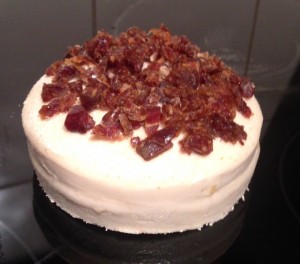 This cake is actually a massive fluke. Originally I wanted to make a creamy soda cake and planned to use my Coca-Cola Chocolate Cake recipe and substitute the cola for creamy soda.

After I made this cake I soon realised that the creamy soda taste is so subtitle that it just tastes like a plan vanilla cake. As I was in the baking mood I then decided that this was a flop and I would make a new cake.

I still wanted to do a drink based cake so I took inspiration from the night before – Saturday nights drinks.

A friend was drinking spiced rum with ginger beer – so I thought of still using the coca-cola recipe as the base but replacing the cola with spiced Rum and added ground ginger to the mix. This though was still a little ordinary, therefore to add another layer I made ginger rum banana filling and topped the cake with some chopped dates. I figured the dates could play the same role as raisins do in the ‘rum & raisin’ combo. Additionally banana works well with ginger and rum so if could be a good inclusion.

Outcome – this cake hits the spot! 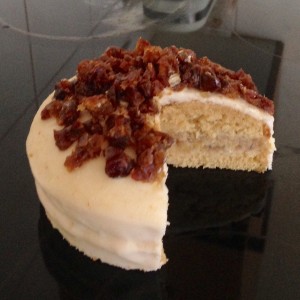 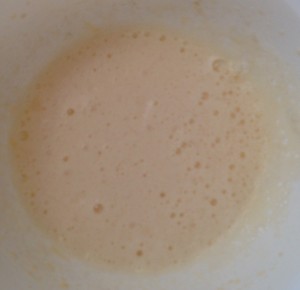 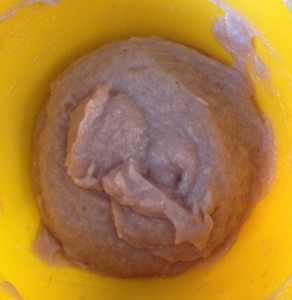 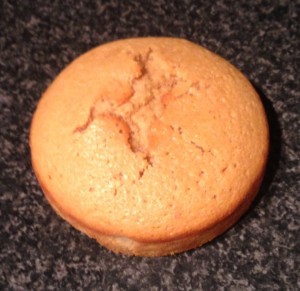 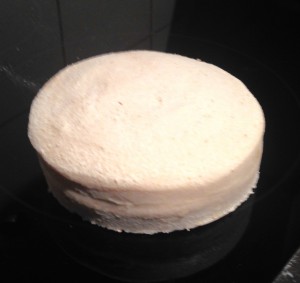